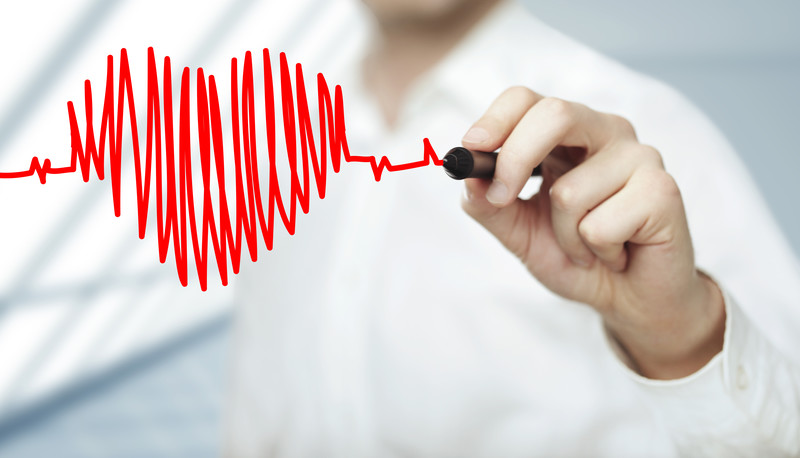 Common invasive heart procedures, such as stents and bypass surgery, are no better for preventing heart attacks and death in people with stable coronary artery disease (CAD) than medications and lifestyle improvements, according to a large, federally funded clinical trial that has been hailed as one of the most important studies in cardiology. The findings could transform medical practice, spare many heart patients the hazards of unnecessary surgery and reduce healthcare spending by $570 million — or more — each year.

While stents and bypasses can be lifesaving for people who are in the throes of a heart attack, these procedures only treat a few inches of the more than 60,000 miles of blood vessels in our bodies. For people without emergency symptoms, excellent medical care and healthier habits offer the benefit of treating the entire arterial system at a fraction of the average $25,000 cost for stent implantation or $45,000 for a bypass. Here’s a look at some key takeaways from the study — and what they mean for the millions of Americans with CAD.

What was the purpose of the study?

The $100 million ISCHEMIA clinical trial was designed to compare two approaches to treating ischemia (reduced blood flow to the heart due to plaque buildup inside the walls of the arteries that supply it with blood). This disorder is called CAD, ischemic heart disease or coronary heart disease and ranks as the most common form of cardiovascular disease, the leading killer of American men and women.

In some cases, CAD can cause stable angina, chest pain or discomfort that typically occurs with exercise or emotional stress. (Unstable angina is a medical emergency that usually causes unexpected chest pain when the person is at rest. A common cause is blood clots resulting from the rupture of a plaque deposit, putting the person at high risk for a heart attack if untreated.)

How was the study conducted?

Funded by the National Heart, Blood and Lung Institute, the trial included 5,179 men and women from 37 countries who had moderate to severe ischemia, making the study more than twice as large as any previous study of its kind. About two-thirds of the participants had frequent or daily angina at the start of the study, while the rest had no chest pain. About 40% of the patients had diabetes. The median age of the patients was 64.

All of the participants received optimal medical therapy (OMT) consisting of cholesterol-lowering statins, low-dose aspirin, blood pressure drugs and other medications, along with lifestyle advice to help them adopt healthier habits. Half of the patients were randomly assigned to receive coronary angiography (an invasive x-ray test used to evaluate blood flow in coronary arteries) and if appropriate, invasive treatments, such as stents to prop open constricted areas in their coronary arteries or coronary artery bypass surgery to reroute blood around such areas.

The other group of patients received OMT alone. For example, one participant in this group told The Washington Post that he switched to a mostly vegan diet, took a regimen of pills and exercised several times a week with an elliptical machine, hiking and golfing. He also reported that he felt much better after receiving OMT alone, was able to travel and enjoy an active lifestyle and was “glad to have avoided more extreme interventions.”

The OMT group was only treated invasively if their symptoms got worse or they had heart attacks. The invasive group took powerful anti-clotting medications for six to 12 months after their surgeries. The stents used in the study also contain drugs that are slowly released to reduce risk that the blockage would recur.

How well did these treatments work?

During the study, participants were tracked for up to seven years and monitored for five types of events: heart attack, death from cardiovascular causes, resuscitation after cardiac arrest or hospitalization either for unstable chest pain or heart failure. Overall, there were no differences in rates of these five events between the OMT and interventional groups, the researchers reported.

The study found that people with angina had greater improvement after invasive procedures, compared to those who were treated with pills and lifestyle improvements, such as quitting smoking, increasing exercise and dietary changes. Among patients who reported daily or weekly chest pain at the start of the study, 50% of those treated invasively were angina free a year later, versus 20% of those treated with OMT. Those without angina has no changes in the quality of their lives after the procedure.

What did the researchers conclude?

“In line with evidence from prior studies, our results suggest that routine use of heart procedures was not superior in reducing risk for the five-part disease endpoint or death overall compared to treatment only with optimal medical therapy,” stated ISCHEMIA trial chair Judith Hochman, MD, who presented the results at the AHA annual meeting.

“On the other hand, patients symptomatic to start that got heart procedures, over the years, had fewer symptoms and felt better,” added Dr. Hochman, who is a professor of medicine and senior associate dean for clinical sciences at NYU Langone Health in New York City.

“Based on our results, we recommend that all patients take medications proven to reduce the risk of a heart attack, be physically active, eat a healthy diet, and quit smoking,” stated ISCHEMIA co-chair David Maron, director of preventive cardiology at the Stanford Prevention Research Center at Stanford University.

The study adds to earlier research, including the landmark 2007 COURAGE clinical trial, that has also shown OMT to be as effective as invasive procedures for the prevention of heart attack and death from cardiovascular causes. Several subsequent studies have had similar findings. In 2012, a systematic review and meta-analysis of eight randomized clinical trials (the gold standard of scientific research) found that coronary stents offer no benefit over medical treatment for prevention of death, nonfatal MI, unplanned revascularization or angina in people with non-acute CAD.

The ISCHEMIA study findings suggest that many of the 1 million Americans who undergo stent and bypasses procedures each year could be safely managed at far lower cost with OMT. About one-third of these procedures are performed on patients with stable CAD. Medications for CAD have improved over the past several years, increasing this group’s prospects for safe, successful treatment without the risks and high cost of heart surgery.