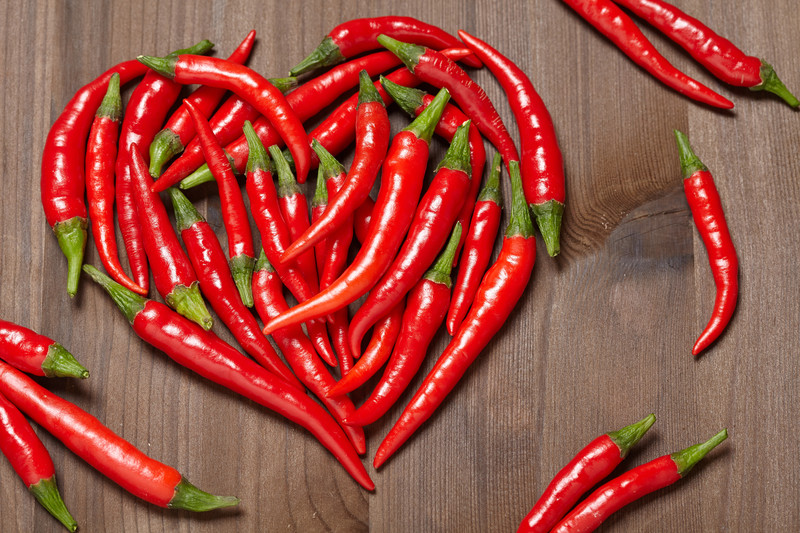 Chilies have been used as a food and medicine for at least 8,000 years. Now, literally hot off the presses, a new study suggests that eating these fiery fruits could save your life. The researchers reported that people who ate chili peppers regularly lived longer and had much lower risk for fatal heart attacks and strokes than those who ate chilies rarely or never.

What’s more, the cardiovascular benefits of chilies are independent of other risk factors for heart disease or the type of diet a person follows, according to the study, which was published in Journal of the American College of Cardiology on December 24. How do these fiery fruits help protect your brain, heart and arterial wellness? Here’s a look at the study and key takeaways from the BaleDoneen Method.

What did the study discover?

The researchers studied a Mediterranean cohort of nearly 23,000 men and women who were randomly recruited from Molise, Italy. Participants completed a food frequency questionnaire and their rates of death from various causes over the next 8.2 years was analyzed. About 24 percent of participates ate chilies four or more times a week and 34 percent ate them rarely or never.

After adjustments for age, sex and caloric intake, the results for the two groups were as follows:

Did everyone in the study eat a Mediterranean diet?

“An interesting fact is that protection from mortality risk was independent of the type of diet people followed,” study lead author Marialaura Bonaccio, an epidemiologist at the Mediterranean Neurological Institute, told CNN.

“In other words, someone can follow the healthy Mediterranean diet, someone else can eat less healthily, but for all of them chili pepper has a protective effect,” she added.

What’s so hot about chili peppers?

Scientists believe that capsaicin — the compound that gives chilies their firepower — may be what accounts for the fruit’s healthy effects. The ancient Mayans included chilies in medicines to treat infected wounds, GI upset and earaches. Recent studies have reported that chili pepper extracts kill a number of germs. Capsaicin also has anesthetic effects and is an ingredient in certain creams, nasal sprays and skin patches to relieve pain.

The study authors report that capsacin, “has been observed to favorably improve cardiovascular function and metabolic regulation in experimental and population studies.” They also state that this fiery compound is known to have anti-inflammatory properties that contribute to its protective effects on arteries.

What do other studies say about chili peppers and heart health?

The study included more than 500,000 people who were tracked for a median of seven years. The researchers also analyzed results for people who ate fresh chili pepper as their favorite spice and found greater reductions in deaths from cancer, ischemic heart disease, and diabetes in this group than in people who seldom ate fresh chilies.

A 2017 U.S. National Health and Nutrition Examination study reported a 36 percent lower rate of all-cause mortality in people who ate hot red chili peppers vs. those who did not. Participants were tracked for about 19 years.

Does the new study prove that chilies prevent heart attacks and strokes?

This type of study is not designed to show a cause-and-effect relationship between eating chili peppers and longer life or better cardiovascular health, just an association. It may be that people who eat the pungent fruits also have other healthy habits, such as eating more fresh fruits and vegetables.

A diet high in fresh produce has been linked in many studies to protection against heart attacks and strokes — and is strongly advised by the BaleDoneen Method. We also recommend a diet based on your DNA to personalize your eating plan for optimal arterial health.

For more food-related news, check out these blog posts: “The Amazing Heart Health Benefits of Cutting 300 Calories a Day,” “The 10 Best and Worst Foods for Your Heart and Brain Health” and “Which is Worse for Your Heart: Saturated Fat or Sugar?” Also visit our collection of heart-healthy recipes for menu inspiration.