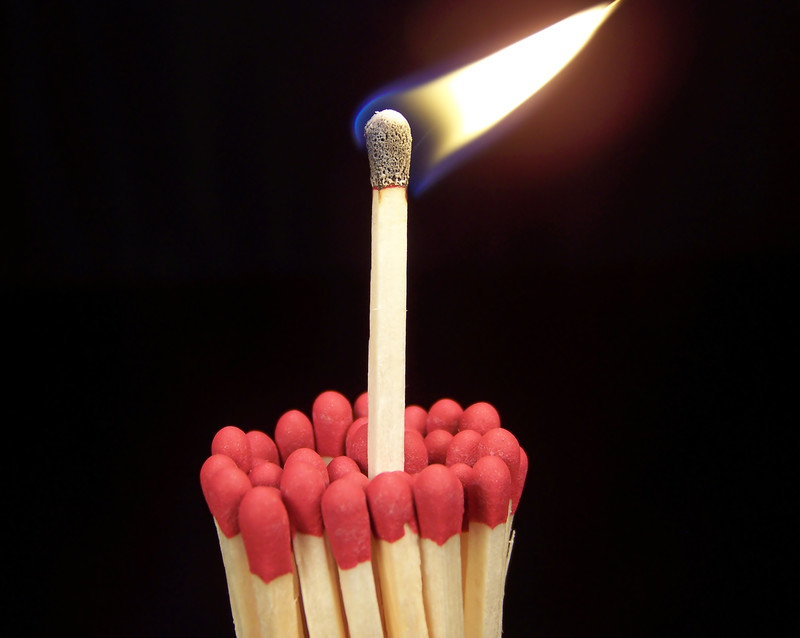 As fear of coronavirus is prompting Americans to stock up on food, hand sanitizer and other supplies, 22 leading scientists have spotlighted a far greater threat to public health: chronic systemic inflammation. In a new Perspective article published in Nature Medicine, they report that this fiery condition is “the most significant cause of death in the world,” accounting for more than half of deaths around the world. These disorders include cardiovascular disease (CVD), diabetes, cancer, high blood pressure and dementia, among others.

The scientists advocate for an increased emphasis on early diagnosis, prevention and treatment of systemic chronic inflammation (SCI), which we call “fire.” They also say it’s imperative for the public to be aware of the risk factors for developing this dangerous disorder and the best ways to avoid it. The authors also call for improvements in how medical providers screen patients for chronic inflammation and offer new recommendations on how to manage it. Here’s a closer look at the findings, plus key takeaways from the BaleDoneen Method you can use to enhance and protect your health, all of which could help add years to your life.

Who wrote the article and what are the key findings?

After an extensive analysis of the scientific evidence, researchers from the National Institutes of Health, Harvard Medical School, Columbia University Medical Center, Stanford University and other world-renowned centers in the U.S., Europe and South America start their report by stating:, “One of the most important medical discoveries of the past two decades has been that the immune system and inflammatory processes are involved in not just a few select disorders, but a wide variety of mental and physical health problems that dominate present-day morbidity and mortality worldwide.”

Titled “Chronic inflammation in the etiology of disease across the life span,” the article ties fire raging in the body to such mass murderers as heart disease, stroke, type 2 diabetes, chronic kidney disease, non-alcoholic fatty liver disease, and autoimmune and neurodegenerative diseases (such as Alzheimer’s disease, other dementias and Parkinson’s disease). “It’s also important to recognize that inflammation is a contributor not just to physical health problems, but also mental health problems such as anxiety disorders, depression, PTSD, schizophrenia, self-harm and suicide,” the study’s lead author, George Slavich, director of the UCLA Laboratory for Stress Assessment and Research, said in a news release.

The article adds to a large body of scientific literature suggesting that SCI may be the root of most — or all — chronic diseases and may even accelerate the aging process. To address this deadly global health threat, the scientists strongly recommend new strategies and more research to advance early diagnosis and treatment of SCI and to prevent it from occurring in the first place. This approach, they report, would “not only extend life but also help reduce chronic disease worldwide and improve health.”

Acute inflammation is a healthy response to injury and infection. For example, if you stepped on a rusty nail, cells in the affected area would issue a molecular call to arms, summoning the body’s defenders to fight the invading bacteria. This would launch an immune-system reaction called “the inflammatory cascade” in which more than 20 proteins would blast the invaders with toxins to kill them and blood flow increases around the wound to create the familiar signs of warmth, swelling and redness as it starts to heal.

SCI harms rather than heals, because the immune-system reaction never stops. It’s like being shot by “friendly fire” during an endless war raging in the body. Triggers for SCI include obesity or a large waistline, smoking, an unhealthy diet, lack of exercise, chronic stress, social isolation,  and poor oral health. For example, a landmark BaleDoneen study was the first to identify oral bacteria from periodontal (gum) disease as a contributing cause of CVD.

These oral bacteria frequently enter the bloodstream and spread throughout the body, which can result in SCI. The BaleDoneen study also found that bacterial villains from periodontal disease (PD) frequently gang up to create a triple threat to arterial health that can lead to heart attacks and strokes:

Why is chronic inflammation so dangerous — and what can you do to avoid it?

The Perspective article reported that CSI leads to “a constellation of energy-saving behaviors commonly known as ‘sickness behaviors,’ ” such as sadness, fatigue, reduced sex drive, altered sleep patterns and social withdrawal, accompanied by increases in blood pressure, insulin resistance and abnormal levels of lipids (such as cholesterol). On a short-term basis, these changes, the article reports, “can be critical for survival during times of physical injury and microbial threat.”

Over the long term, however, chronic inflammation has the opposite effect, and sets the stage for non-infectious chronic diseases that can shorten our lives, including those that a Harvard paper has called “the four horsemen of the medical apocalypse: coronary artery disease, diabetes, cancer and Alzheimer’s.” As we recently reported, other new research finds that targeting brain inflammation may be the best way to prevent Alzheimer’s and stroke, along with following ten healthy lifestyle steps that have been shown to cut dementia risk by 35 percent.

For more ideas on how to avoid inflammation-related diseases, check out these articles from our blog: “Arteriology: A Revolutionary New Approach to Preventing and Reversing Arterial Disease,” “The Hidden Cause of Most Heart Attacks,” “Top Ten Tips to Prevent Type 2 Diabetes,” and “The Oral-Systemic Connection: How Bacteria in Your Mouth Can Hurt Your Heart.”